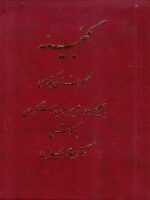 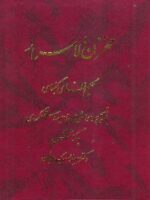 Nezami Ganjavi, born. circa. 1141, in Ganja, during Seljuq empire era and died in 1209, Ganja, is greatest romantic epic poet in Persian literature, who brought a colloquial and realistic style to the Persian epic. Little is known of Nezami`s life. Orphaned at a young age, he spent his entire life in Ganja, leaving only once to meet the ruling prince. Although he enjoyed the patronage of a number of rulers and princes, he was distinguished by his simple life and straightforward character. Only a handful of his qasidahs (`odes`) and ghazals (`lyrics`) have survived; his reputation rests on his great Khamseh (`The Quintuplet`), a pentalogy of poems written in masnavi verse form (rhymed couplets) and totaling 30,000 couplets. Drawing inspiration from the Persian epic poets Ferdowsi and Sana`i, he proved himself the first great dramatic poet of Persian literature. The first poem in the pentology is the didactic poem Makhzan al-asrar (The Treasury of Mysteries), the second the romantic epic Khosrow o-Shirin (`Khosrow and Shirin`). The third is his rendition of a well-known story in Islamic folklore, Leyli o-Mejnun (The Story of Leyla and Majnun). The fourth poem, Haft Paykar (The Seven Beauties), is considered his masterwork. The final poem in the pentalogy is the Sikandar or Eskandar-nameh (`Book of Alexander the Great`; Eng. trans. of part I, The Eskander Nama), a philosophical portrait of Alexander. Nizami is admired in Persian-speaking lands for his originality and clarity of style, though his love of language for its own sake and of philosophical and scientific learning makes his work difficult for the average reader. The Khamseh was so powerful in the literary sense that a couple of later poets tried to imitate him each with a varying degree of success. These include: Amirkhosrow Dehlavi, Vahshi Bafghi, Salman Saveji, and Khajoye Kermani. Nezami Ganjavi`s impression on such great poets like Hafez, Rumi, and Saadi can be easily discerned from a simple comparative reading of their works.

Be the first to review “اقبالنامه” Cancel reply